Hey Space Cadets, how’s everyone doing today?  I’m doing well, my computer is fixed and I’m back happily slamming away on the keyboard!  Between life, illness and a wedding I will be re-addressing my personal deadline for Maternal Vengeance in the next few days.  I have an account with myWriteClub where I track my progress and list my desired completion dates.  If you’re an author and don’t have one, I highly recommend this free service.  Seriously, when it leaves the beta stage I’ll gladly pay for it.

Until then, I wanted to bring you a guest post from my favorite star gazer.  He runs a blog where he shares his passion for astronomy and all things space related.  I was in one of my low stages, where I was convinced my work was garbage, when I found him.  He helped me find my passion again, and remember why I write science fiction.  Seriously, his passion is contagious and you should check him out.  Give his post a go, and if you like him hop on over to his site!

Hey, everyone!  I’m Scott Levine. JR invited me to do some guest blogging here.  How could I say no?  I’m not a science fiction writer, no.  I’m a writer, a dad, and an astronomy fan living in the wild and untamed suburbs of New York City.  I write about the skies as much as I can at Scott’s Sky Watch, where I talk mostly about naked eye astronomy; the kind of thing you can enjoy just by going out and looking up; no tools needed other than a love of the sky.  I try to keep it fun, and light; space, taken easy.  I’m not an astronomer, either.  I’m just a writer who, still, after all these years, can’t stop looking up.

Speaking about loving the sky, this morning, after the kids fled for the bus, I walked back up the hill.  Inside, I poured a cup of coffee and headed back outside to the boulder that’s half-buried in my yard, trying, and failing, not to spill anything.  Even though it’s made of granite, or basalt, or something much less cozy-sounding than softstone or pillowite would be, it’s a surprisingly comfortable place to sit and watch the world go by.  In the mornings, it’s people rushing to work.  By afternoon, the delivery trucks race through.  When dark has settled over the neighborhood, I have a front-row seat for the bright lights of night.

High above the houses across the street, was the Moon.  I’m not sure a lot of us spend enough time looking at our nearest neighbor.  It’s easy for us to take it for granted.  It seems like there’s always something more exotic to see.  The Moon, though, is where most of us who enjoy watching the skies got

This morning, it was just past the meridian, the point where rising becomes setting.  In the northern hemisphere, that’s just past due south, just a little more west, and just a little past third quarter; a slightly waning crescent.  I love to see our Moon in the daytime.  Don’t get me wrong, I love it in the night, too, but the day is equally great, but in a different way.

If you’ve never thought about it, the Moon’s out just as much in the day as at night. It has to make its way all the way around the Earth, which is half in daylight all the time.  So, half of its orbit is in day, too.  At night, the Moon’s so obvious, so much brighter than the surrounding sky, that it’s impossible to miss.  The late-rising daytime phases, though, the waning phases, are wonderful for their subtlety.  It’s not like seeing a bulb in the sky, your eye pulled toward it.  Instead, it’s etched into the blue, part of the underlying secret language of astronomy fans.  It’s hidden in plain sight.  You have to look for it.

The solar system’s moons have been in the news a lot lately.  Even just yesterday, astronomers announced the discovery of a moon orbiting the alluringly named 2007 OR10, a dwarf planet almost twice as far from the Sun as Pluto; so far that it takes over 500 years to make it around the Sun once.  Most of what we’ve been hearing lately is about the moons around Jupiter and Saturn.  Some of them have water, liquid water, under a thick, blanketing layer of ice and rock.  On Earth, where there’s water, there’s life, so these places are exiting.  Years ago, all eyes were on the planets, particularly the big, gas giants in the outer solar system.  Now, it’s the moons that get all the press.

It feels good to think about even the idea of life on these moons, doesn’t it?  I love to think about what it must be like to live in the seas on Jupiter’s Ganymede, a moon so big that it’s even bigger than the planet Mercury.  If you could see through the ice and rock above you, you’d spend your days with three other planet-sized moons and a giant, striped planet in your sky.  We’ve heard similar things about Saturn’s moon Enceladus, which might be the most likely place for life in the solar system.

Water or not, I also like to think of what it’s like sitting on Mars, and watching Phobos, the bigger of its two tiny moons.  It’s so close to Mars that, one day, it’ll wander too close and either crash into the planet or be ripped apart by Mars’s gravity and turn into a ring, like a tiny version of Saturn.  For now, though, its orbit gets it all the way around in just eight Earth hours.  That’s faster than Mars rotates; fast enough that as you sat on your backyard boulder with your diner mug full of coffee, you’d actually be able to see it cruise across the sky from west to east.  A few hours later, it’d rise in the west again.  For comparison, it takes our Moon more than 29 days to make it all the way around.

Back at the boulder, the Moon out of sight, behind a bank of clouds.  I took the last sip from my cup, and headed back inside.  It’ll be another late one night, but if you have a chance, and if you haven’t had a look in a while, tomorrow’s another day.  Maybe try to have look.  It’s always worth taking the time.  These days, the moons are where it’s at.  Why not start with ours?

I’d love it if you stopped by Sky Watch sometime and dropped me a line. Questions, comments, you name it.  I’d love to hear from you.  If you love space, especially taken easy, maybe it’s the place for you.  Thanks for reading, and clear skies, everyone! 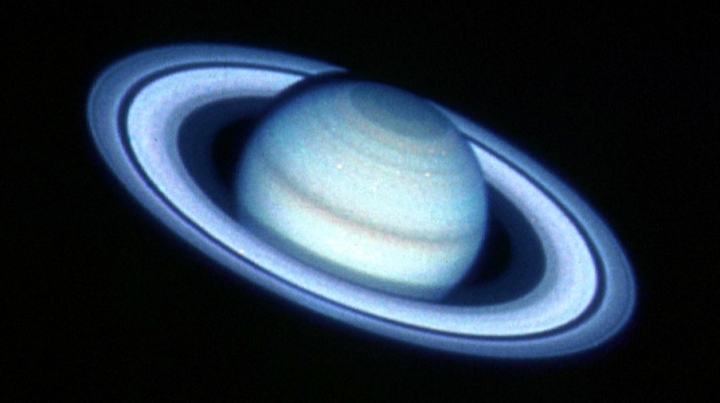 I hope you enjoyed this post, and if you did check out Scott’s page.  Tell him JR sent ya, I promise he’ll leave the lights on for ya!

–> As usual, all images came from the Google’s “labeled for reuse” section or are videos used by JR Handley for use under the Fair Use Doctrine.