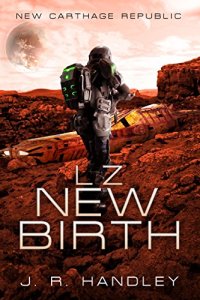 No one has ever found glory hiding in a bunker.

Pulled to active duty a year early from the military academy, Second Lieutenant Xavier Timor is placed straight into a combat zone. Nothing has prepared him for war – his enlisted men don’t much faith a raw officer. He must adapt to his new reality if he has any chance of surviving.

“This short follows the very green Second Lieutenant Xavier Timor through his first live combat mission. He quickly finds that his academy classes have not prepared him for the hell of real war, so he must adapt and overcome his circumstances or die trying.” Kim H., Proofreader, Red Adept Editing

“Second Lieutenant Xavier Timor has been pulled from the academy early in order to lead a team of legionnaires against their enemy. He is thrown head-first into the fight, he isn’t sure he is fully prepared, and the troops he commands don’t respect him, but he is determined to show that he is capable.” Susie D., Copy Editor, Red Adept Editing