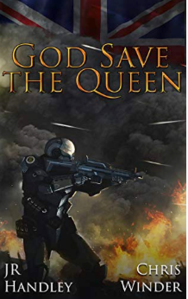 Snatch and grab. Easy as that.

Major Gavin Baskerville and his team of special operations soldiers drift through the cold and quiet of space. Their mission is to kill or capture a notorious terrorist known only as “Fawkes”.

The American Empire is already mired in a multiple-front war against the Peoples’ Republic of Proxima Centauri. The citizens have tired of the war, and with new terrorist attacks within their own borders, their patience for their government is growing thin.

If the team succeeds, they’ll have cut the head off a dangerous snake which has been poisoning their efforts for quite some time. If they fail, they may never get another opportunity.

This story was previously published in Backblast Area Clear Anthology Vol. 1. The story has not been changed or updated.