Hey Space Cadets, how are you all doing? I’m doing great, especially since I can tell you about a new release! I’ve co-written a comedic space opera with Chris Winder, a project that was a lot of fun to write. 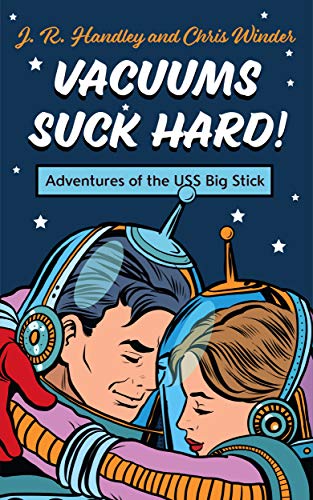 What could possibly go wrong?

For years he’s been itching for a big fight. Something he can use to impress his junior Space Marines. Something that’ll help him pick-up chicks. Something that might put him in some real danger. He gets excited just thinking about the possibilities. He’s hoping this tour aboard his ship, The Big Stick, will be different.

Until next time, stay frosty and don’t forget to keep your powder dry.

–>As usual, all images came from Google’s “labeled for reuse” section or are videos used by JR Handley for use under fair doctrine.