Hey Space Cadets, how is everyone on this fine day?  I’m doing well, and wanted to bring you my news!  My former editor, Corey D Truax, and I have signed our next series with a small publishing house, Theogony Publishing.  This umbrella publishing house is a part of the larger and more dynamic Chris Kennedy Publishing.  Corey and I scoped him out together, in a totally non-stalker kind of way, and liked how he operated. He’s professional, and another veteran of America’s Armed Forces. I think Corey liked that he was a sailor too, but I forgive them both for their imperfections

So, what to say about The Odera Chronicles without giving too much away?  This story tells the tale of Alexis Monroe, one of the first female infantrymen in the US Army. Alexis was an only child, her dad was a Seabee and veteran of the wars in Mesopotamia. After her mother died, it was just the two of them, so she became the son he wanted. Alexis strove to please him and honed her inner tomboy. Shortly after she graduated college, females were being allowed to join the combat arms of the military. Alexis enlisted into the infantry.  Alexis did well at training, very well. When those scores were combined with her college degree, she was quickly advanced to the rank of sergeant. Despite how well she did, her fellow grunts always assumed she was promoted because she was female. When she graduated from training at the NCO Academy, she was given an out of the way assignment. Out of sight, out of mind, or so the Army thought. Her job was simple; guard a warehouse, don’t look inside.  Of course, she looked – and a grand adventure ensued.  To find out more, you will have to read the book.

As you all know, I will keep you up to date with our plans for the series, but for now, less really is more!  I really enjoyed working with Corey as he edited The Sleeping Legion series, so I think this collaboration will be a blast. I really hope that the fun we have translates onto the page. We both really want our readers to enjoy this little tale of galactic woe. So, if you’ve enjoyed the shenanigans over here in the Handley Trenches, then re-enlist on the insanity train!

–> As usual, all images came from the Google’s “labeled for reuse” section or are owned by JR Handley. 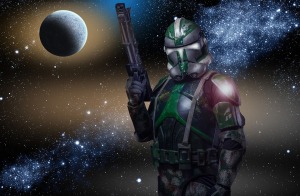 Hey Space Cadets, how is everyone today?  I’m great, I have my wife and mother just finished making their final pass through Operation Breakout before I send it out to my editors, Corey and Thomas.  I’m VERY excited to get that to market and see what readers think of the book.  I’m currently 6k words into a short story, which I’ve tentatively titled “No Marine Left Behind” and I’m very excited about it.  It was my first attempt at a purposely written short story, and my writing progress has improved because of it.  It’s been through one developmental editing pass, and if you need to know more about that you can read about it from my editor by clicking here.

After I finish, I’ll be co-writing another short story for an anthology with best-selling author Chris Kennedy.  My new co-author will be Corey Truax, my current editor and fellow Mesopotamian Veteran.  Yes, you are right to imagine the shenanigans which will follow!  I’ll tell you more about it as we get closer but I will be finishing my Sleeping Legion Series before I jump into anything after my current two short stories.  When I need a break from Maternal Vengeance, I’ll hop over onto a few short stories, but then I want to charge full bore towards the Sleeping Legion Finish Line!

Okay, so on to our regularly scheduled Marine Monday! Today I was leaked, by our friendly neighborhood LegionLeak source, the official bio of Marine Sashala Kraevoi.  I’m currently working on a short story about her journey into The Sleeping Legion.  It’s been hard for her, but you’ll appreciate her appearance in Fortress Beta City and later in Operation Breakout even more after this.  Now the important parts!  Remember, destroy this message after reading it so the anonymous source can live long enough to continually feed us excellent intelligence!  Without further ado, here is the leaked document! 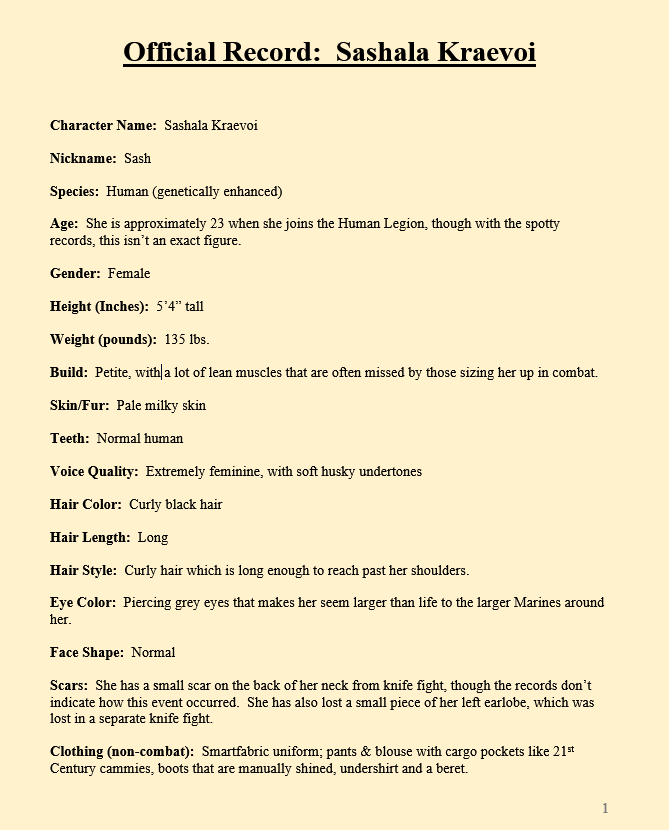 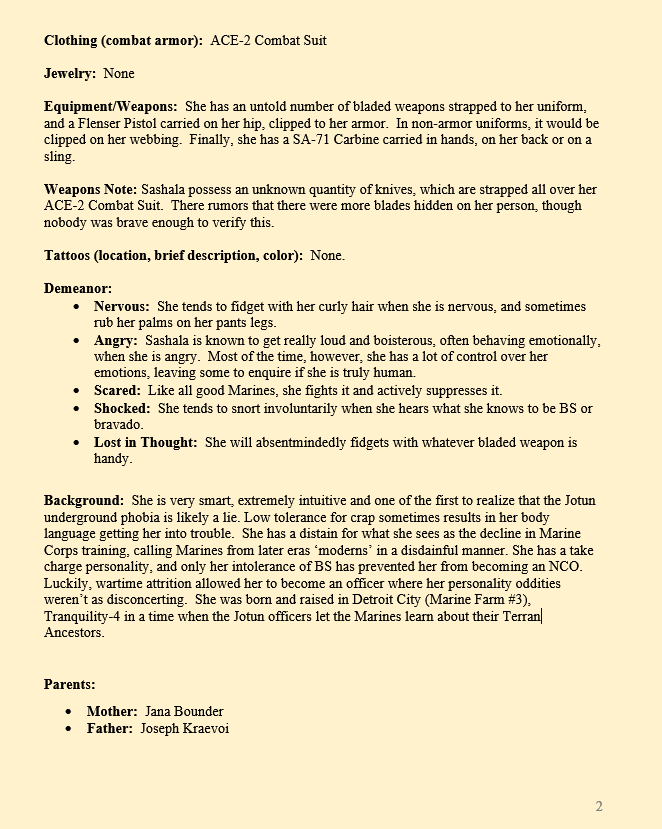 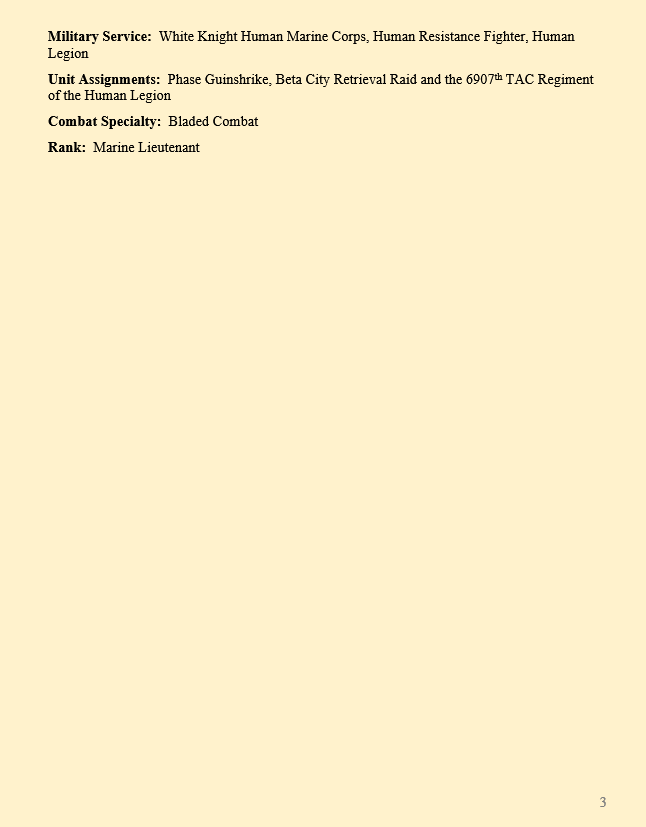 Hopefully you enjoyed this sneak peek into our favorite Marines official record.  If you did, stay tuned for next week as we anxiously wait for the latest documents smuggled our way!