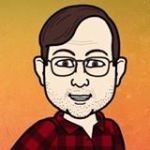 Hey Space Cadets, here is the next installment in my series of book reviews. I wish I had a lot to tell you, update wise, but I’m busy diving into my next project. Instead, here’s a look at what I’ve been reading on my daily walks – okay, listening. To streamline the review process and make writing them less onerous, I have tried a more abbreviated format. Please be sure to share your thoughts on this change, and we can adjust fire going forward.

In a YA trilogy like no other, Trent Reedy has raised the most primal questions of our national existence: Do we owe our greatest loyalty to our friends? Our state? Our country? Our party? How do we reconcile our individual rights and common needs? What keeps us all united — and what happens if we fall apart?

Now, in this third book, the Second Civil War has come to an end in Idaho. The Feds have taken the fight to other fronts, and Danny and his friends are free of US dominance. But that freedom comes with considerable costs, from Danny’s disturbing flashbacks of the war to the Brotherhood of the White Eagle, whose “security” for Freedom Lake looks more like outright thuggery. After Danny makes a shocking discovery about the Brotherhood’s final aims, he and his friends lead a group of townspeople on a dangerous journey across a ravaged Idaho, hoping to build a better society of their own, and fulfill the dreams they had in what once was the United States.

I had a few major complaints about this novel. As with the first two novels, I didn’t like the amount of time spent addressing sexual issues by the main character. I don’t mind that in my books, but not when the protagonist isn’t a legal adult. This really bugs me, but not enough to stop reading, though. My biggest complaint is that this book is supposedly for children, and in Barnes & Noble, that’s the section where you’d find it. This is most certainly not a children’s book; the amount of swearing and graphic violence is certainly for mature audiences only. Secondly, the author had too high of an estimation of the HMMWV (Hum Vee) in this novel set in the near future. The author was Army and used these in Afghanistan and should’ve known better. Another complaint relates to the limitations of the audio format. There was no chance to show the map of the ever-shifting countries in Pan America, which may or may not be in the print copies. I only own the audiobook, so I can’t say whether they’re there in the physical copies, but it would’ve helped. Finally, some of the political nonsense in the novel irked me. It was too stereotypical of what we see daily from media. There was a lost chance for nuance on these issues, because no political party, ethnic group, or ideology are as uninformed as was shown in this book. I didn’t like seeing the stereotypes that any pro-Second Amendment and/or pro-states rights believers are merely racist yokels. This blog stays apolitical, so I’ll leave it at this… it irked me.

The author was most persuasive in his creation of a narrative that was both compelling and believable. The scenario in this book was so convincing that it was scary. Seriously, it was one of those stories that won’t let you stop thinking about it. Sure, there were flaws with the flashpoint, but the author covered them with the bland “tensions were high about a lot of things.” He went on to show how these issues compounded on themselves, with each side digging in and refusing to give up. That part felt real, true to human nature, which is something I look for in a novel. The world-building was also top-notch, but that’s easy to do when writing in near-future America. We all already have our own cultural images of home that we bring in the story, making the author’s job a little easier. The use of news updates as a way to push the narrative was also a fun touch and one that grew on me as a way to show how the main character’s story fits within the larger world. I listened to the audiobook, so I appreciated these more as they were handled by several extra voice actors. At first, I didn’t like it, then it grew on me. While there are parts of the story that wasn’t flush out as well as I would’ve liked, it fits within the scope of young adult literature. Finally, the biggest pro for this book is its emotional resonance that comes from the main character, Danny Wright. He was likable but imperfect, and we watched him mature some throughout the trilogy.

I’m really torn on my overall thoughts. I wanted to like it, the themes in question were “what if” scenarios that anyone who studied the Civil War or water uniform has thought about. However, there were parts that I hated because the characters made stupid decisions, the angst felt overdone, or the military culture seemed off. He really aggravated me in this book, his unwillingness to do what had to be done didn’t fit with the hardened warrior he’d become in the first two novels. Danny constantly laments that his actions started the war and got many people killed, yet the author made great pains to show that he didn’t actually hit anyone there. Further, his actions fell within the scope of self-defense, since the crowd in Boise were attacking the soldiers trying to control the riots. They even assaulted Danny himself. Given his angst, you’d expect him to make better decisions. He continually makes stupid decisions that put his friends at risk and get them killed. And yet… despite Danny’s flaws, I couldn’t put it down. The author made you care, which was a mixed bag for me. Moving on, I really disliked the political overtones in this novel, it felt unnecessary. In all fairness, I prefer to keep modern politics out of my books. In this series, however, I pushed through, and I’m glad I did. Next, there were several themes in this trilogy that I really loved. The overarching idea that freedom comes at a cost is important, something that’s often forgotten in this modern world. There was also a strong emphasis on family values, both your blood family and your chosen family. Finally, the author continually comes back to the importance of perseverance. Had Danny given up at any point in this narrative, the story would’ve unfolded differently. Another issue with his novel that I had concerns the incongruity of the timeline. The author was more intent on the character fitting the YA age range than the calendar for these events. The main character should have been a lot older in the end. However, he remains 17 for most of this trilogy. Speaking of country, I did enjoy seeing how events rippled outwards globally as a direct result of the Second American Civil War. That felt real, given the state of the world as it is today. Some of the events shown were dated, but I don’t hold the author responsible for not being able to correctly predict the future. Finally, I wanted to touch on the ending of this story. I did like it at first, but it went on too long and left you dissatisfied. The author did find a way to resolve the war, one that fits within the universe Trent Reedy created. However, that last-minute flip showing things starting back up again, it ruined it for me. It almost made me drop this novel down a grenade, but in the end, the author’s ability to make sure we keep reading was the deciding factor. When combined with a premise that I’ve spent too much time thinking about throughout my academic studies, you have a recipe for a gripping novel. Overall, I give this book 4 out of 5 grenades.

Until next time, stay frosty, and don’t forget to keep your powder dry!