Now to get to the point!  FOR A FEW CREDITS MORE is out!!!  Be sure to get your copy!  I am really excited about this Anthology – it is the first one I have been in!

END_OF_DOCUMENT_TOKEN_TO_BE_REPLACED

Hey Space Cadets, how’re yall doing today?  I’m doing good, just took my son to the Children’s Museum of Portsmouth! He loved being able to touch science, and we followed that up with a nice brewery and a stroll along the waterfront. So besides having fun, I wanted to bring you some good news to share!  Two of my short stories were accepted into anthologies!  Wanna know more?  Let’s break it down!  END_OF_DOCUMENT_TOKEN_TO_BE_REPLACED 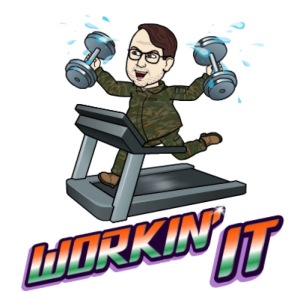 Hey Space Cadets, how’re y’all doing this fine day?  I’m doing great, and cranking away on the revisions to book four! I’ve also been exercising every day to clear my mind, and hopefully maybe fit back into my uniform before the decade ends! Okay, maybe that last part was a pipe dream, but I’m okay with it!  Anyway, while I walk, I like to listen to podcasts and audiobooks.  I’ll give you a list of some of the podcasts I listen to, and some good audio books in another post!  Most of my podcasts are writing related, or historical in nature, so I can inundate myself with ideas to stir the stories.  Hopefully, these podcasts are helpful!

END_OF_DOCUMENT_TOKEN_TO_BE_REPLACED

Hey Space Cadets, how’re ya doing on this fine August day?  I just wanted to give you a quick update on where we are with book four.  Right now Boss Man and I are still batting around ideas for a title for the book, since Maternal Vengeance wasn’t the best fit.  I can promise you that as soon as we know, you will!  We do know that the cover won’t change since we want a continuous look across all of them.  I think that the editing and rewriting for this book will take longer than the others, but it’ll be a good learning experience for me. I have to worry about tying up all the plot threads that I strung along, and linking the series back into the final END_OF_DOCUMENT_TOKEN_TO_BE_REPLACED

Hey Space Cadets, I hope you’re doing well!  I just wanted to give everyone a quick update on Team Handley, before I get back to the grind.  And I know – I said I would be out offline for a week; however, in my defense, my admin person took a vacation.  Now, onto other news – I’ve just finished a short story I’ve titled LZ New Birth, and set in a world that’s been flitting around inside my head for a few years.  It’s in the universe I intend to write in once I finish co-writing The Odera Chronicles with Corey, my soon-to-be co-writer.  It was already submitted, so now we wait!  Once I know more, I’ll let you know what’s happening with this story.  I’m currently going over the first round of edits for the last book in the Sleeping Legion Series and working on a novella for another anthology.  Afterward, it’s full speed ahead with Odera! END_OF_DOCUMENT_TOKEN_TO_BE_REPLACED

Hey Space Cadets, how is everyone today?  I’m great, I’ve finished my first Sleeping Legion short story and am starting another in the Four Horsemen universe before jumping into book four. I’ll be co-writing with Corey Truax, my current editor, and fellow author and Mesopotamian Veteran. This story is the tale of an intergalactic bounty hunter, with loads of shenanigans and insanity to follow.  If this co-writing works out, Corey and I will write a new series, which we’ve titled “The Odera Chronicles.”

Okay, so on to our regularly scheduled Marine Monday! Today I was leaked, by our friendly neighborhood LegionLeak source, the official bio of New Order Janissary Zempi Milisyen-Hoia. Now the important parts!  Remember, destroy this message after reading it so the anonymous source can live long enough to continually feed us excellent intelligence!  Without further ado, here is the leaked document!

Hopefully you enjoyed this sneak peek into our favorite Janissary’s official dossier.  If you did, stay tuned for next week as we anxiously wait for the latest documents smuggled our way!

Hey Space Cadets, for today’s post I wanted to do some general house cleaning.  My third novel, Operation Breakout, is with my editing team.  I’m 11k words into a short story, chronicling Sashala Kraevoi’s journey between The Human Legion series and my own.  She has been a lot of fun to write, and I think you’ll get a kick out of it.  Boss Man is releasing the rights to publish it so we can practice the process, preparing us for life after my current contract.  I appreciate this, but I don’t know the specifics as my minions are handling those details so I can keep writing.

So, let’s elaborate my plans for life after The Sleeping Legion Series.  I have one short story, “Civil Unrest,” which was submitted to an open call for an anthology with Tickety Boo Press.  I was also invited to write in an anthology being organized by Chris Kennedy.  It’s set in the Four Horsemen Universe, which currently has a four-book series written by Mark Wandrey and Chris Kennedy.  It has been a lot of fun to prepare for, and I’ve already laid out the story, as Corey Truax wrote about here.  Then we have two universes we have started outlining, with the potential for our anthology to turn into a series as well.  I know, I know, everything I’ve written seems to scream SERIES to me.  When I die in 100 years, I’ll likely still have stories I want to tell.

So, how did this collaboration happen?  It started with a short story I wrote to practice my craft.  It was for an anthology, but I missed the deadline and couldn’t get it under the 5k word cap.  My editor, Corey Truax, had so much fun editing it he crossed the line from developmental editor to co-author.  He rung me up, and said we could go one of two ways.  The traditional editing process, or… we could play in the same sandbox and see what happens.  Well, with the hive mind the genesis of my story was more exciting and dynamic.  It went from MY story, to OUR story in no time flat.  Our main character, Alexis Monroe, was more 3 dimensional and compelling.  Our wives demanded we give them this story, one where the female lead was a real person who just HAPPENED to be female.  I didn’t think that was as big of a deal, I mean I try to do that with all of my stories but when your wife orders, the smart husband obeys.  Hey, I like Corey and all but I wouldn’t wanna bunk up with him cause our wives kicked us out!

What can you expect going forward?  Great stories, and hopefully a continually engaging blog.  As we develop this process of co-writing, ironing out the wrinkles, we will blog about our process.  Some of this will be posted under the World Building Wednesday blogs.  Let’s face it, most of my process has already be written so I will only add to those posts if it is something new and exciting to read.  I will maintain a blog schedule of at LEAST every other day, and use the leeway to write more stories, and troll more blogs.  Because we are self-publishing Sashala’s story, I will have my wife/mother team write a few posts about that side of things to keep everyone abreast of the comings and goings in the Handley Trenches.  This includes choosing cover art and all the other minutia that both scares and excites me!

Now that I’ve bored you to tears, I’m proud to say that the next round of beers is on Corey!  Honest, would I lie?  I mean, I am SURE he would LOVE to buy everyone beers!!  Cold beers, just as the gods intended.  Sorry Boss Man, but someday I WILL convert you!